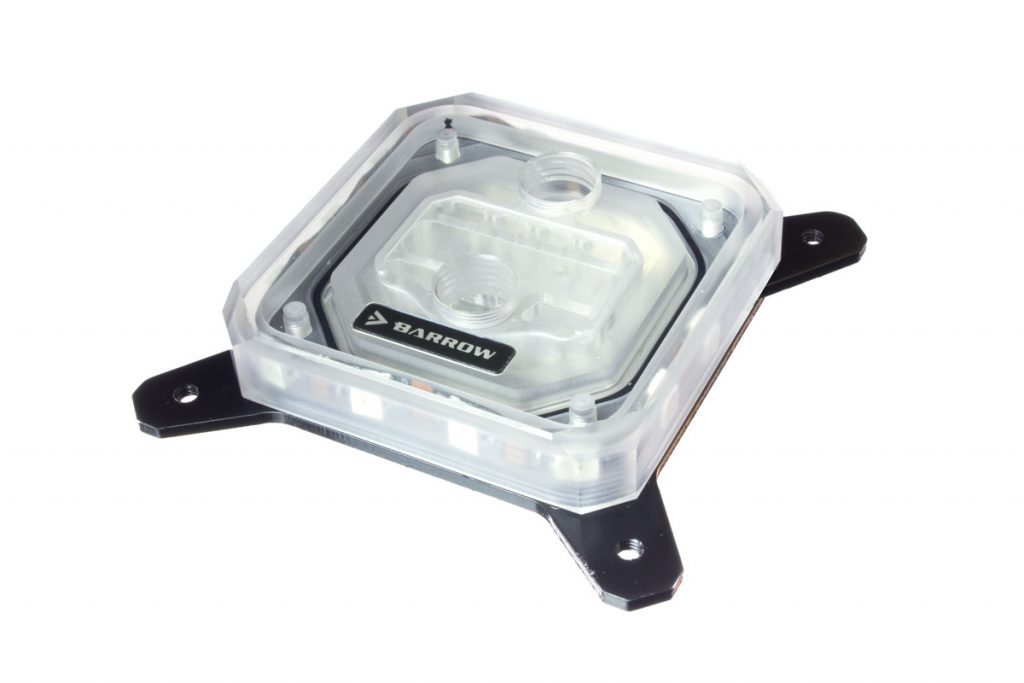 So, I'm not sure why it's taken us this long to write a review on a watercooling component considering how many awesome watercooled builds we do, but here it is, our review on the Barrow LRC 2.0 CPU Waterblock.

I'll start by answering the question you're probably already asking, who even are Barrow? Based in Shandong China, Barrow was established back in 2010 and has grown to be one of the largest manufacturers of water cooling components in the world. In short Barrow make absolutely everything in the water cooling world and then some. They are known to be one of the best innovators in the industry and with some of their wild and wacky designs it shows. As far as we are concerned their core product range is as good as the likes of EK water blocks, XSPC, Bitspower & Corsair yet do not carry the high price point as say Bitspower or Corsair yet are as good and sometimes better quality. 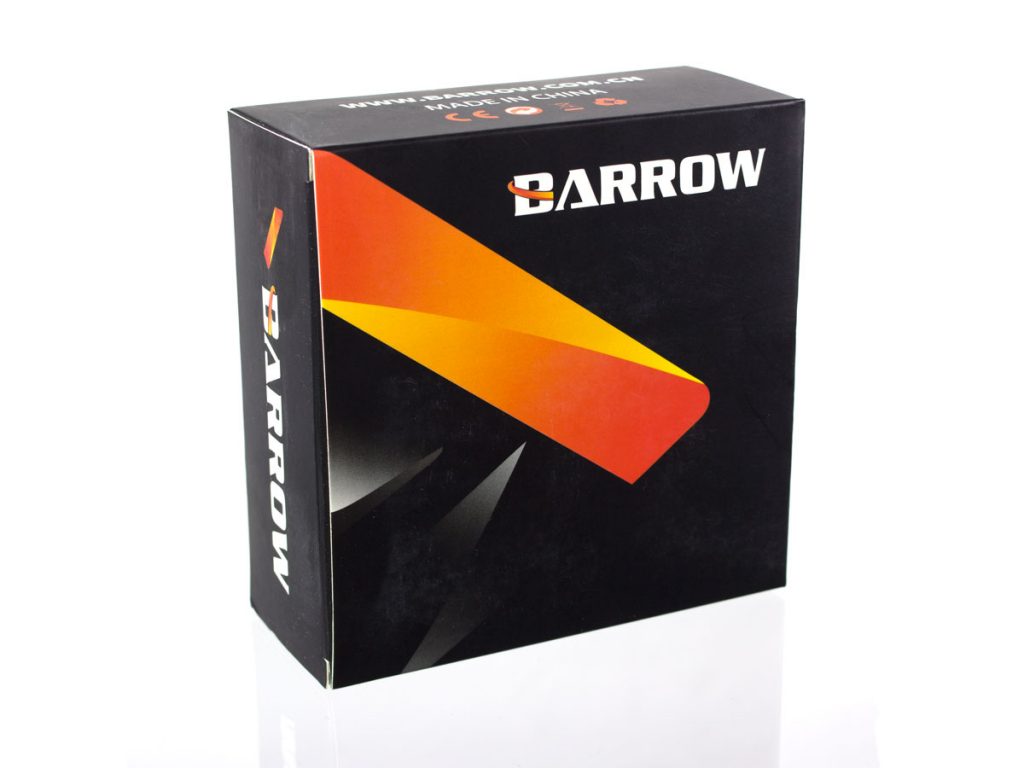 The Barrow LRC 2.0 is a very budget oriented block, with a price of £25 if you want to wait a month for it to arrive from China, or around £35 when you can find it in stock in the UK which is a price point which is so low, there isn't really any competition so that's why we will be comparing it with the Alphacool Eisblock XPX which is £60 and the EK Velocity which is £100 if you want the Addressable RGB version.

What's in the box? 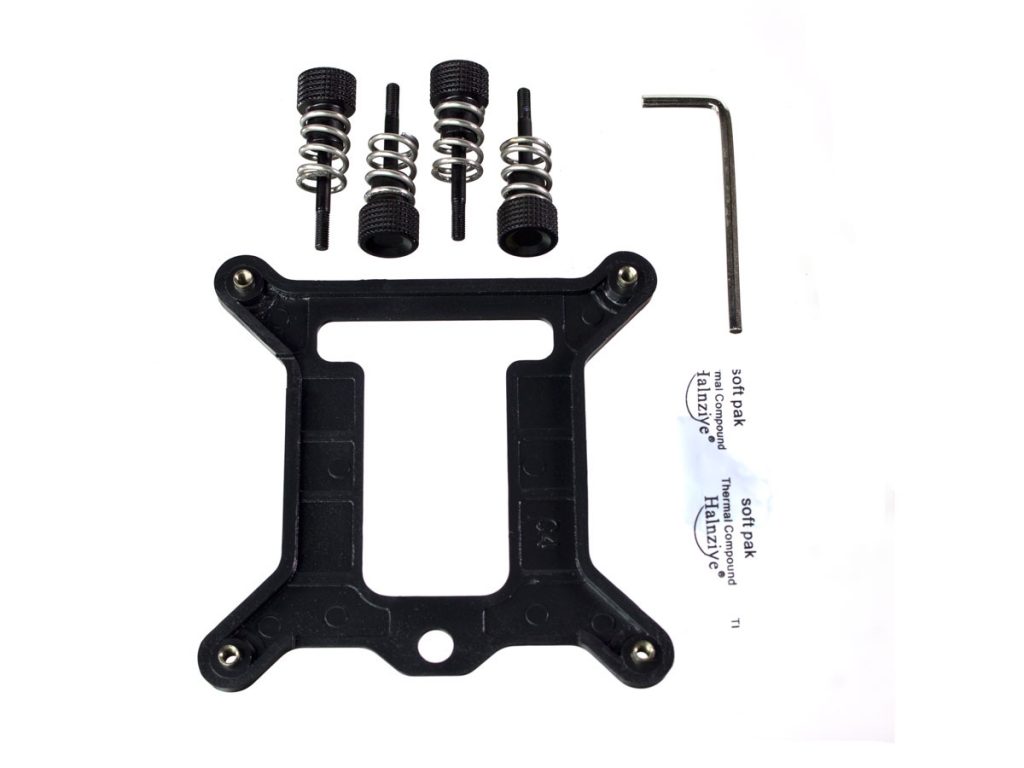 Mounting this block is a very easy process, you start by placing the backplate on the rear of the motherboard, pushing the small standoffs through the holes in the motherboard. Then put your thermal paste on the CPU, place the CPU block on top and screw the screws that are pre-loaded with springs into the standoffs of the backplate, through the CPU block and evenly tighten all four.

The downside comes when you go to connect up the RGB cable, this uses Barrow's proprietary LRC2.0 lighting system which uses the same connector as a 3 pin fan connector so we'd imagine that has caused a fair few broken LEDs in these blocks as you'd look at it and assume it connects to a fan header. This cable does come with a warning sticker attached to it, but on every single block we have opened this has fallen off. You can buy an adapter cable which converts this connector to a standard 3 pin ARGB connector, but this does not come with the CPU block. This is obviously a cost cutting measure from Barrow and we're sure helps keep the price so low, but if you have already waited a month for your new shiny RGB CPU block to arrive, to find out that you need to wait another month for a cable to arrive just to enable the RGB goodness you might be slightly disappointed. 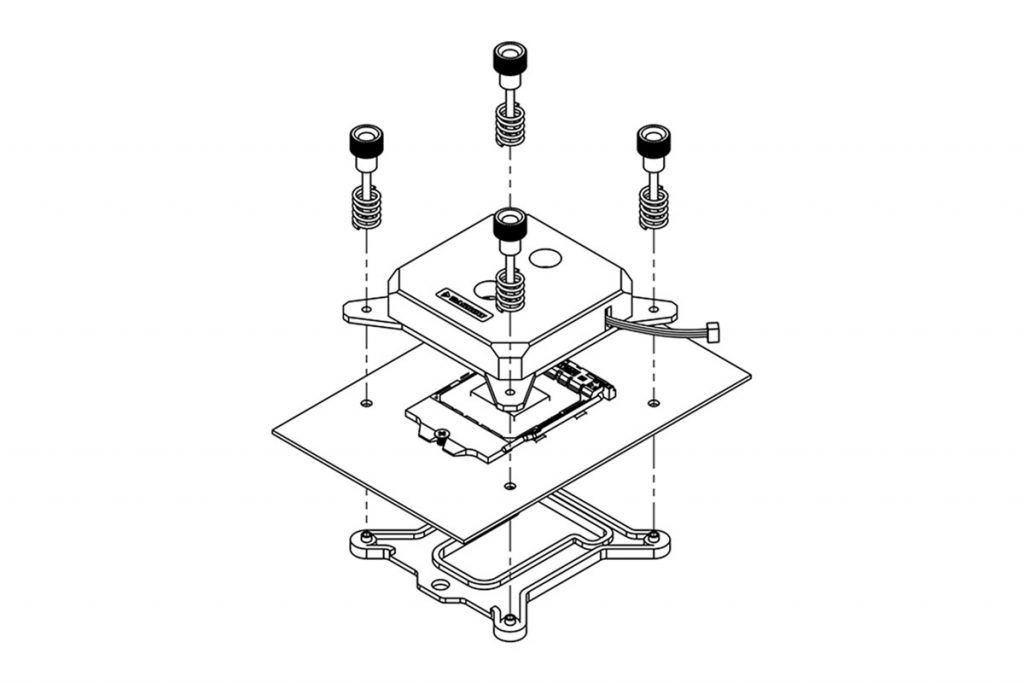 This block looks great, the acrylic is very clear without any super obvious machining marks which is nice to see from such a cheap block (we're looking at you, EK...). The mounting screws and also good looking, with a clean black look which means they blend in quite nicely with the motherboard and direct your focus to the block itself. The mounting bracket is also black which looks nice, unfortunately the finish on this part isn't the greatest with a fair few paint imperfections especially towards the corners. Obviously we can't write this section without mentioning the addressable RGB, which consists of 14 outwards facing LEDs giving an awesome effect as seen in the image below. One downside to the aesthetic is that on some of the blocks we have seen, there is some dirt in the LED channel which mean we need to clean them out before they go into any of our builds, the good news is that is is only ever in the LED channel, and never on the inside of the waterblock. 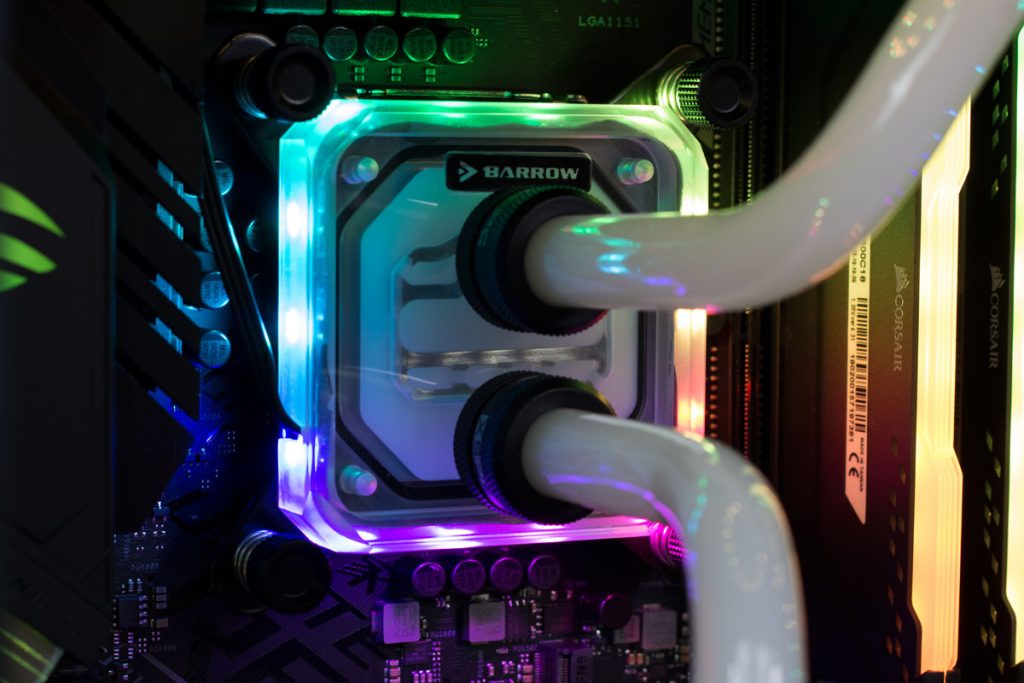 We weren't going to write a section on disassembly, until I actually took the block apart. Now we feel that it's necessary to write about how easy this thing is to disassemble and clean! You start by removing the four hex bolts on the coldplate using the included allen key, then the whole block comes apart and you can clean the inside of the acrylic and coldplate fins, and also remove the LEDs that isn't your thing. When you want to put it back together it is almost just as easy, usually if you install something the wrong way round when putting a CPU block back together you will completely destroy the performance of the block, however with the Barrow LRC2.0 there is grooves in the acrylic parts which mean you can only install the smaller pieces the correct way. Also, in some other blocks it is very easy to pinch the o-ring when screwing the coldplate down, with this block that is almost impossible due to the way it all goes together. To put it back together, just make sure that the o-ring is in the groove between the mounting bracket and acrylic piece, align the coldplate and evenly tighten the four hex bolts.

Okay, now for the bit you're all here for, the performance. Let's see how well this budget friendly CPU block stacks up against some of the biggest players in the CPU block market.

To test, we used Aida64's stress test function with both CPU+FPU which is an AVX based load. We ran the tests with stock and overclocked settings, with a controlled room temperature of 20°C. Fan speeds were determined by the "Silent" settings in the Asus Q-Fan Control in the BIOS.

Temperatures were captured by letting the stress test run for 15 minutes, then taking the average temperate of all cores over the next 5 minutes. We found that this gives the most accurate representation of performance.

The overclocked results are red and marked "OC", the voltage for this number was 1.32v at 5.0GHz.

Before we started our tests for the Barrow LRC 2.0 CPU Block, we expected it to be pretty poor when it came to performance, however we were very surprised to see where it stood in comparison so the other more expensive blocks we tested. It's results in comparison to the Alphacool Eisblock XPX were within margin of error with only 1 degree difference between the two in both the stock and overclocked tests, we think this is very impressive considering the Barrow LRC 2.0 is less than half the price of the Eisblock XPX and looks much nicer. The comparison to the EK Velocity Nickel Plexi is also quite impressive with only a 3 degree difference in the stock tests, and 4 degree difference in the overclocked tests, when you consider the £85 price tag on the EK Velocity (or £100 if you want the addressable RGB version) the Barrow LRC 2.0 is a really attractive option.

You'd expect a CPU block that is less than half the price of anything from a mainstream western brand to be pretty poor, but Barrow have proved that this really isn't the case with their LRC 2.0 CPU Block with it matching the performance of Alphacool's offering, and coming very close to the incredibly popular EK Velocity. Awesome performance isn't where this block stops shining, the aesthetics are also great, with the addressable RGB LEDs creating a nice glow around the block and the overall clean look of the mounting bracket and hardware. There's also absolutely nothing wrong with the mounting system, in fact it's actually easier than the other blocks we compared against.