The phenomenon known as capacitor squeal/coil whine/odd noise coming from my PC has been a subject amongst electronic device owners for many years and is prevalent in the gaming PC industry. Confusingly the term capacitor squeal takes on more than one description and cause; we lift the lid on the entire subject.

In short it’s a high pitched squeal/whine/hiss/buzz noise emanating from a computer or electronic device. It can often be located towards a specific component such as a power supply or graphics card and the noise often changes volume and pitch especially when a certain task is carried out on a PC such as a high workload. Pretty much any electronic device is subject to it in some way or another but it doesn't necessarily mean that something is about to blow up.

Common sense prevails here. You need to look and listen to locate the noise but it’s not always an easy task as the culprit maybe difficult to get to or covered by a cooler. What you are looking for is usually a capacitor or inductor/power coil. Capacitors haven’t changed much over the years but inductors have, back in the day the coil in the inductor was clear to see; 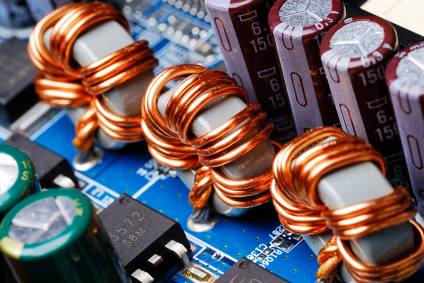 Now, they are usually hidden under a cover which looks good but also helps contain the noise given off. 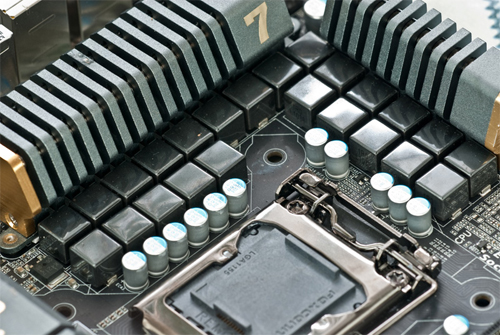 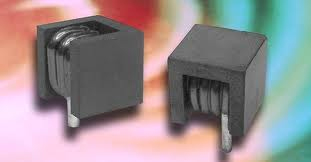 Once of the best techniques is to grab a straw or funnel and put it to your ear – it will help localise the area your straw/funnel is on blocking out much of the background noise.

There are actually 2 causes;

Capacitor Squeal is actually the noise heard when a capacitor is about to fail. Essentially it’s where gas is escaping through tiny holes in the capacitor and makes a “whistle” sound. You can usually visually spot this simply by looking at the top of the capacitor that’s making the noise – if bulging or you can see a brown fluid then this is a true capacitor squeal.

Leaking capacitors don’t last long so by the time you have already read this article your device would have probably failed, thankfully this is the rarest occurrence of this phenomenon so don’t be too concerned. 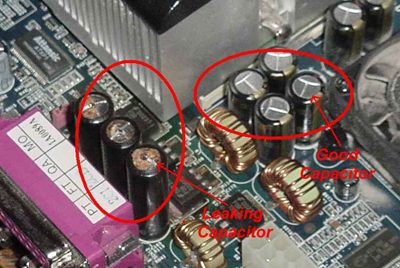 The culprit 99% of the time is actually coil whine. There is a huge amount of science behind this but in short, you will find in coil in something like a transformer or conductor. The purpose of these transformers/inductors is to smooth out power delivery and filter power irregularity. Time for a simple picture to help explain;

They more often than not work in tandem with capacitors and this is where the terms “capacitor squeal” and “coil whine” tend to get crossed over.

Simply put, the coils vibrate when current passes through them – it’s these minute vibrations that cause the whine. When a different amount of current passes through them they are vibrate at different speeds thus volume and pitch of this noise changes. Ever noticed that hum from a power substation station? It’s the same phenomenon. Every electronic device will suffer from coil whine to varying degrees and it is not an indication that the device is faulty, if anything; it’s an audible way of saying “I’m working”.

What can be done about it?

Capacitor squeal will almost certainly result in a failure if it already hasn’t. It will be RMA time for this component.

Coil whine is a different story but cannot always be solved, after all the acoustic noise is a by-product of something working normally;

1 – Leave it alone – If the device is new it may just mean the coil is simply “bedding in”. Often a whine will go away or quieten down considerably after a few weeks. You may also find the noise will come and go so may not be noticeable on day one.

2 – Secure the coil – In other words dampen the coil to reduce the vibration. If the culprit can be located some put a bit of hot glue around the coil which should result in a permanent or close to permanent fix.

If you have ever taken a cheap component apart the insides are caked in dampening material as those components use a cheaper lesser quality coil which are more subject to vibrations. This is another reason to ensure you always use good quality computer components. It’s not something we would recommend doing until trying the other solutions first.

3 – Limit the amount of power you are using – This is a great fix if you find the whine is more prevalent when carrying out certain tasks like particular PC games. Have you ever noticed when on a tile or loading screen on a PC game coil whine is prevalent but when in game its much less?

Many games and applications don’t have an “upper cap” to the amount of Frames per second (FPS) displayed meaning, if your PC is considerably more powerful than the required task it will try to run the game as fast as possible. In order to run a game as fast as possible the graphics card will be working as hard as possible, more work requires more power, and more power equates to more current and therefore more whine. Suddenly the idea of running that 5 year old game at 2000FPS loses its appeal – the same applies to a PC Game title or load screen – they are not demanding and thus the PC maybe displaying it at a billion FPS but yet when in game you may only see 40FPS.

Cap the games FPS limit yourself – The Vsync option which can be found in some games is an easy way to do this – it will cap the FPS to the monitors refresh rate so if you have a 60Htz monitor the game will be set to 60FPS.
If the application or game does not have a built in cap or offer any kind of way to limits the FPS then you will need to do this manually. For Nvidia graphics card users you can use a program called Nvidia Inspector or hack the Nvidia driver/control panel. For AMD/ATI users MSI afterburner or RadeonPro will do the same thing. Given that it is the graphics card that will use the most power in a PC driving down the power used in the graphics card will also drive down the power used on the motherboard and in the power supply.

4 – RMA it – some manufacturers will allow you to RMA a graphics card, PSU and motherboard, under warranty terms, if the whine is annoyingly loud even though the component is not actually faulty. Just be aware, if you have sensitive hearing this may be the same situation on a like for like part.

5 - Live with it - Ultimately coil whine occurs in every electrical device to some degree and everyone's hearing is more sensitive to others. More often than not, coil whine will simply go away/change to a level that you cannot hear on its own accord. For most in the gaming scene, wearing a headset or moving the system slightly further away is a good solution to the issue.