The store will not work correctly in the case when cookies are disabled.
***IMPORTANT COVID-19 AND CURRENT ORDER INFORMATION***
Menu
Account
Gaming Laptops v Gaming PCs 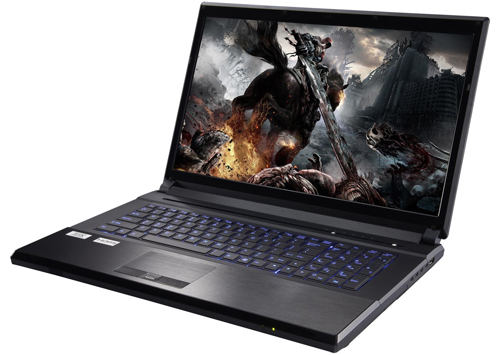 Gaming Laptops have come on leaps and bounds over the last few years, most noticeably better graphics cards can be squeezed into some laptop chassis without setting fire to itself. To some, the idea of being able to pick up your computer, take it where you want and continue your current quest or frag almost seamlessly is a very attractive option, and quite rightly so. There are however some major differences and important aspects when buying a gaming laptop.

Without a doubt this is where a gaming laptop has an edge over a gaming computer – you can shut the lid, pick it up, take it wherever you want and carry on from where you left off very easily. A desktop PC poses a much harder challenge, they are not really portable and for anyone that has had to relocate their desktop computer will tell you it’s not an easy task. The desktop flavours also don’t have a battery so unlike the laptop, it has to be plugged in.

This is the difference most see however it’s not quite a straight forward 1-0 to the laptop, it’s more of a 2-1 and here is why.

Weight – Gaming Laptops are heavier than you think they are. Your average run of the mill cheap laptop weighs anywhere between 2.0 to 2.5KG, mid range Ultrabooks start from just over 1KG up to 2KG. A decent gaming laptop will be north of 3KG all day long and a high end gaming laptop with a 17” screen will be closing 4KG. That is 4 bags of sugar to cart about, put that over your shoulder all day and you will soon know about it.

Size – A laptop designed to game on, are bigger than what most might be used to. Bigger and better components simply take up more space and therefore require a larger chassis. Our Hyperion model measures 400mm x 270mm x 45mm compared to a run of the mill 350mm x 240mm x 30mm. This will impact how easy it is to move around, what you put it in and probably your thoughts if you will be able to use it on your lap! This being said you will use a much smaller footprint than a tower with monitor, keyboard and mouse.

Power Supply – Like all laptops, the power supply is not built into the main chassis so you will need to allow another 0.5KG - 1KG in weight.

Gaming PCs get hot and require a certain level of cooling solution to keep them under control, gaming laptops get even hotter! This is the biggest thing that holds high end portable devices back as the chassis are considerably smaller meaning heat sinks, fans and other cooling solutions have to be smaller and therefore not as effective. An Nvidia GTX 780M in any decent chassis will hit 100OC and throttle itself on a hot day with minimal surrounding airflow when being used for demanding games or applications. This simply does not happen with a desktop. You will get one very hot lap if you decide to carry out a mission or quest with the system on your lap whilst in front of the TV! For any extended period of time a gaming laptop must be placed on a flat surface and ideally on a laptop fan cooler.

Increased heat means increased problems. Statistically laptops, fail far frequently than desktops but the number is considerably fudged as there are far more cheap low end laptops out there than cheap desktops. Spec for spec a laptop/notebook is more likely to run into problems than a desktop.

Other than adding a bit more RAM and maybe a bigger hard disk this is pretty much all you can do with a gaming laptop. Things are slightly different with a UK Gaming Computers laptop as your systems are designed so if you really wanted to upgrade the processor, graphics card or add another hard disk you can but a desktop will allow you to change components much quicker and easier which equates to a lower labour bill. Mobile components are also more expensive and sparser than non mobile parts so materials will cost more and be harder to find.

Finally with any mobile device, the motherboard that comes with your system stays in your system forever and can never be upgraded unlike a desktop PC.

You do not get what you pay for when comparing mobile components to ‘normal’ components even though the model may lead you to believe so. A rough equation is take what a gaming desktop spec would cost and then add on at least 75% cost for an equivalent gaming laptop cost.

This is what a 780M looks like without its cooler;

This is what a 780 looks like without a cooler 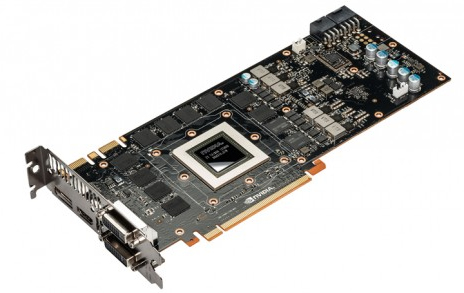 Measurements vary as different versions of the cards (factory overclocked/custom cooling etc) so for the purpose of the article I won’t give exact numbers but a 780M PCB is about a 1/3 of the size of a full GTX 780 PCB. This does not take into account the size of the whole units once a cooler is bolted on, this size difference rises to a 1/5+ difference. When it comes to the graphics cards – the bigger the better! 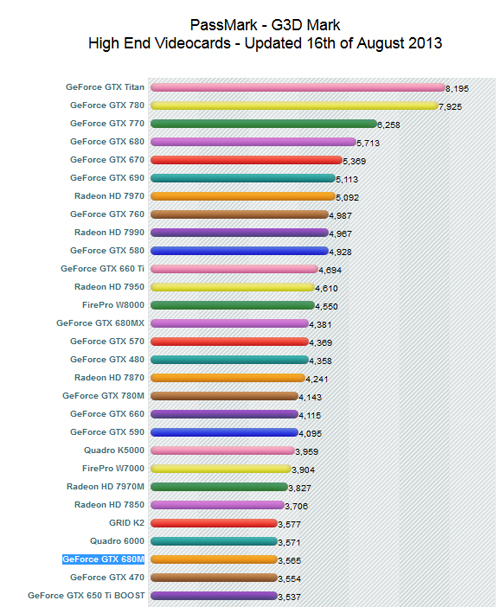 The principal is exactly the same story for the processor, RAM, hard disk etc making it exceptionally important to understand the differing scales between the mobile and desktop market. All of a sudden comparing that £1500 laptop to the £1500 desktop soon becomes an easy choice.

There is no doubt that a gaming desktop offers better/higher spec, flexibility, value for money and quieter operation making it the choice for gamers for many years into the future however when space is a premium and portability is at the forefront of a new gaming system the only choice is a gaming laptop but you will need to dig deep to get what you want.