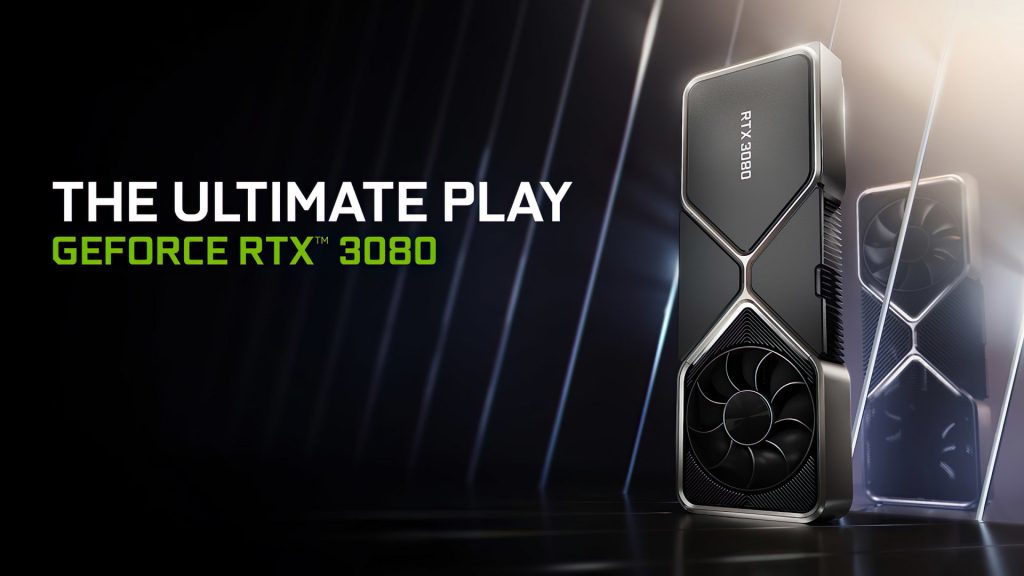 Here at UK Gaming Computers we are getting rather a lot of Nvidia RTX 3000 "Ampere" series enquiries ever since they were announced so have decided to consolidate all our information into a quick FAQ article here to help answer and questions you may have.

They are here! The Nvidia RTX 3080 10GB has landed and surprisingly they are pretty good. Whilst the Nvidia benchmarks were indeed fluffed up to show the best possible results, real benchmarks are not too far off showing fantastic gains when compared to previous generation cards, they are not overheating and it appears to a be a "good and worthy launch" that suddenly makes all the previous "here have an 12% gain" launches a thing of the past. RTX finally looks like its actually worth while and ultimately is what RTX should have been with 20 series and DLSS 2.0 is genuinely showing some really good results but importantly with all the RTX, DLSS and fluff switched off raw performance is significantly improved over previous generation. Swiftly speaking a Nvidia GeForce RTX 3080 10GB is around 40-50% faster than a slightly cheaper Nvidia GeForce RTX 2080 SUPER 8GB and 30-40% faster than a much more expensive Nvidia GeForce RTX 2080  Ti 11GB! Given this we can comfortably conclude right now Nvidia RTX 3000 series cards are the ones to get/wait for.

Now, before you go rushing out to snag one in our Nvidia GeForce RTX 30 Series systems or another system with a upgraded GPU you need be aware that stock is incredibly sparse. We predicted that stock will be incredibly short and as it transpires Nvidia actually sold out of Reference Founder edition cards within a minute (we were watching!) and the small few dozen scattered around the internet in retail around 30 seconds later after which everyone's website crashed. The hype on these cards is very much real and with the actual benchmarks proving to be decent this is the fastest sell out we have ever seen in the 11 years we have traded and think we would have to go back to 2005 when the 7800 GT hit the shelves to be able to get a remotely close comparison. Getting hold of them is difficult and and prices are inflated. As for us and stock, we have "some" and by some we mean less than a handful but believe was a noticeable amount of stock that was actually allocated! They are all gone and we are patiently awaiting round two of supply due to us "next week" with no confirmed numbers, pricing or solid dates. We are hoping any orders made now will be ready to ship within their estimated build and test times as we can build and test a system prior to them arriving and then simply pop them in once the arrive and do the final tests then however because of this we make absolutely no guarantee (not that we formally do anyway) any system with a 30 series card will be ready to ship within that estimated build and test time and on your doorstep the next day. Our advise is simply to make your order as soon as possible to get in the queue and then keep an eye on your emails - these GPU's are all supplied on a first come first served basis.

Next day systems will get the 3000 series treatment when stock is readily available given the supply issues this will probably be November at the earliest.  Watercooled  systems will see 3000 series cards when the water blocks are released which is set to be "early October".

Nvidia GeForce RTX 3000 cards (3090, 3080 & 3070)  are set to launch throughout September & October – 3070 is due on October 15th whilst the 3080 has a firm date of September 17th and the 3090 on September 24th . Right now, aside from informal rumours and leaks, we don’t have any more formal information other than what is out there to the general public, this includes stock availability and we probably won’t have anything remotely accurate on stock availability and firm pricing until the day before it actually arrives which is likely to be a day for two before launch. Historically with Nvidia GPU launches, stock availability on launch sits between horrendous and rare as hens teeth which leads to delays and price fixing, this normally lasts around a month and consumers generally end up paying a 10-20% premium on new cards when adopting early. We are hearing reports of this being the “smallest launch in many years” with multiple logical reasons (purposeful under supply, logistics, COVID-19 Production impact, VRAM shortage) which is why we firmly believe will be the case and ultimately believe the short supply and price fixing will continue for several months after launch and maybe as far as early 2021.  UK Gaming Computers of course will launch them when allowed and we have some kind of inkling of stock availability and pricing and given our position as a high end system builder in the market we generally sit at the front of the queue when it comes to getting stock from card partners so will be one of the first to launch with the important knowledge of knowing we should be able to actually fulfil orders. Early indication from AIB partners is there is literally going to be tens of 3080's available in the first week of launch. Pre orders on 30XX cards is not allowed and is strictly stipulated by Nvidia. 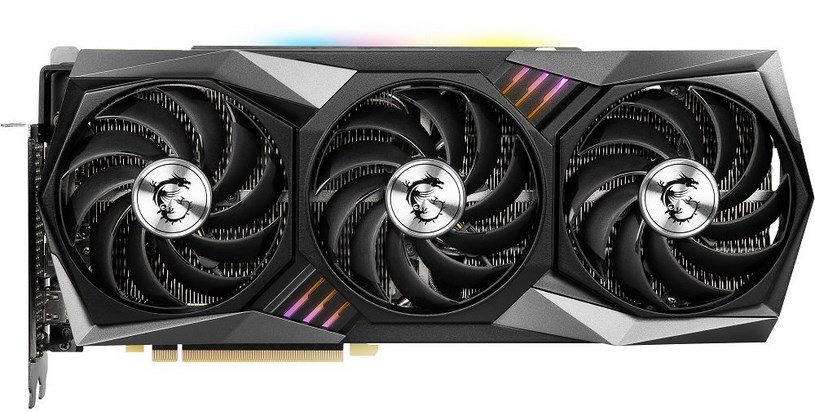 Right now, there is a lot of hype around these cards and we strongly urge customers to wait until you see non Nvidia or partner benchmarks and reviews. We have seen people stating double the performance for half the cost which is ambitious at best. Nvidia do this kind of hype every launch and we will eat our socks if you get double the performance for half the cost. We genuinely expect top level performance IE 3090 to improve between 10-30% depending on the situation (look closely at the Nvidia “benchmarks” – see how they are all RTX and DLSS benchmarks and no “raw/normal” benchmarks?) but that also comes at a 25-30% price increase even without the early adopters premium. Right now there is absolutely no competition so it doesn’t make business sense for Nvidia to offer more for less when historically they have got away with more for more.

Regarding the overheating reports that are doing the rounds, we doubt Nvidia or board partners will produce cards that overheat and throttle out of the box – understandable if a builder goes down the route of stuffing a £400+ graphics card in a £30 case (A common corner cutting occurrence) but given decent cooling they should be fine however everything here is thoroughly tested before it goes out the door so that we can provide a 6 year warranty and put our name and reputation on it, so if you are lucky enough to have a system complete with a RTX 30XX card in from us, you can be sure it wont be cooking itself as soon as you turn it on.

Given what has happened in past launches and how we are predicting the 3000 series launch to go, we do not expect any kind of noticeable discount on 20XX series cards and actually believe with real world non RTX and DLSS benchmarks that come to light will push 20XX cards in demand from consumers that have waited for the 30XX series benchmarks only to be left disappointed at the real performance, price and availability. It is likely that 20XX Series cards will probably go up in price throughout the period when 30XX cards are overpriced/hard to get hold of. 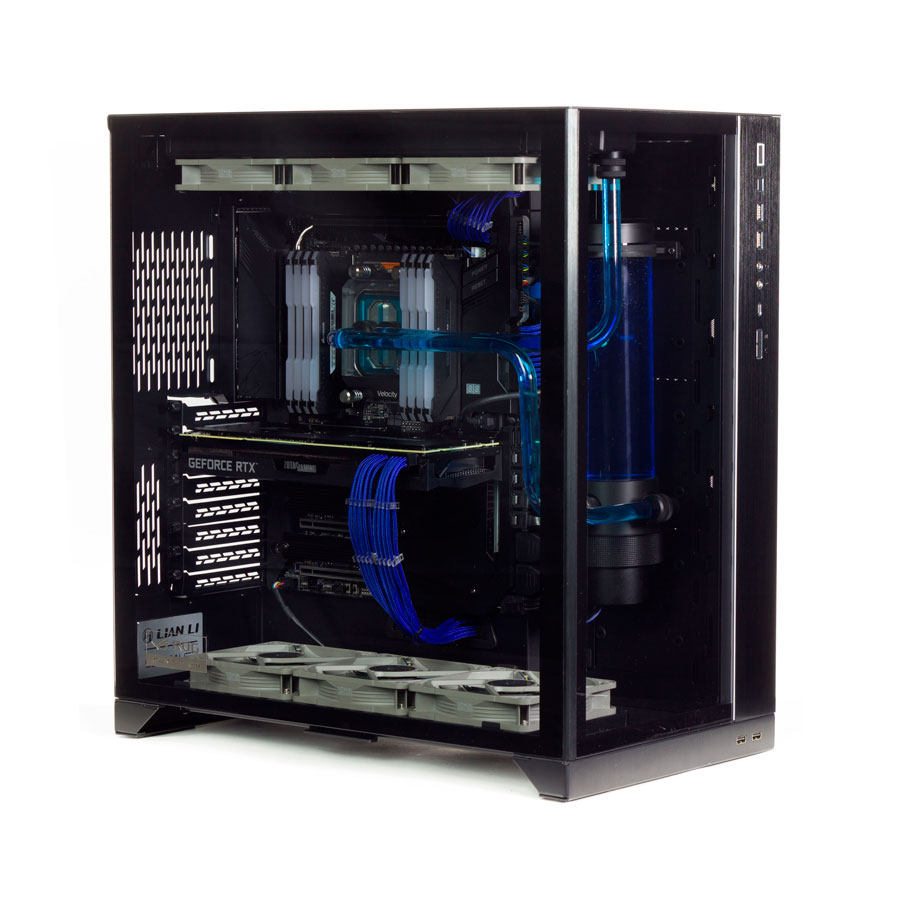 Our last final note is regards to workstations. If you are planning a nice workstation build, either wait until the new year and jump on 30XX cards or if you need something sooner pickup a 20XX card. The reasoning for this is very rarely will the drivers be mature enough on launch, with new architecture comes a lot of work to get drivers to support each scenario and software efficiently, it takes time and Nvidia's focus to start will be on supporting the latest and greatest AAA games out there. Recently, AMD's Radeon RX 5700 and RX 5700 XT drivers took nearly 6 months (!) before they were right. Of course if your new workstation is not system critical and you can live with the inevitable teething issues then this wont be much of an issue but for users that have a strong productivity workload that is time sensitive stick with with the current Nvidia RTX 2080 Super's, 2080 Ti's and Titan RTX cards as you know what you will get with them and know they will do what you want already very well out of the box, you can always upgrade to the new GPU's later down the line when everything calms down and the drivers are mature.